Winter Blowout SaleTake up to 50% OFF Code: BLOWOUT23EXT
Skip to content

If you’re like most people contemplating renovating your kitchen, you probably have a lot of questions about how to prep your home for something like kitchen cabinet replacement. To help you out, here are the most common questions we get asked about kitchen renovations involving replacing or renovating cabinets.

How Much Do Kitchen Renovations Cost? 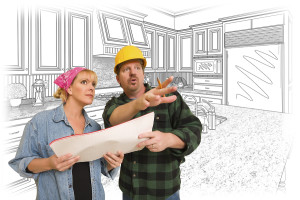 It varies somewhat by region, but the national average for a major kitchen renovation that includes things like moving appliance locations and adding an island, is about $60,000 for a midrange home. For a minor remodel that includes leaving cabinet boxes where they are, but resurfacing them, replacing doors, drawers, hardware, and countertops, and replacing appliances in their current locations, the national average is about $20,122.

But don’t worry! You can do it for less—a lot less if you’re doing the work yourself. See for some money-saving tips that, depending on the size and current condition of your kitchen, could get the cost down even into the four-figure range!

How Much Does Kitchen Renovation Add to the Value of My Home?

Typically, kitchen remodels are among the best major remodeling jobs in terms of recouping cost. That being said, the national average ROI is only about 65% for a major remodel, 83% for a minor one. The bottom line is remodeling your kitchen isn’t an investment in the traditional sense of turning a profit.

What it is, is one of the best ways to make sure your house sells quickly, or at all. And of course, if you’re not doing it to sell, but simply because you want a nicer kitchen, go for it!

Will I Be Able to Use My Kitchen During Renovation?

Probably not. For a major remodel, it’s out of the question. If walls are being torn down and moved, you may even want to arrange to be away on vacation to avoid the noise, dust, and inconvenience.

For a minor remodel, involving no wall teardown, but just cabinets and floors, you still probably won’t be able to use the kitchen itself during the remodel, but you might be able to set up a mini-kitchen elsewhere in the home using portable workhorse appliances like the microwave, toaster oven, and slow-cooker, to avoid some of the expense of eating out every meal.

Is Kitchen Cabinet Renovation Something I Can Do Myself? 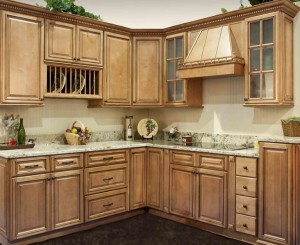 That depends on your level of skill, confidence, and time. If you’re not going to open up walls, move plumbing, or mess with electrical stuff, and if you’re a pretty confident and experienced DIY homeowner, it’s a project that might be within your capability.

However, you need to be ready for it to take time and work, and a lot of both. Even if all you’re doing is replacing cabinets, it isn’t just going to be a one-weekend project. If you’re not absolutely certain you’re ready for the time commitment, capable of doing the job, and have a realistic understanding of what it entails, you might want to speak with a contractor first just to be on the safe side, as many want to be involved from the very beginning, and may not be willing to “pick up the pieces” of a botched job.

What Steps Can I Take to Prepare My Home for Kitchen Cabinet Renovation?

When it comes time to start the job, one important step is to clear the area. That means everything that’s currently in, on, and near your cabinets needs to be stored somewhere else. You need to realize that the average time it takes to complete a kitchen remodel, even a minor one, is measured in weeks, not days. So stuffing your living room full of boxes of dishes probably isn’t an option, unless you’re also willing to surrender use of that room as well. Instead, you’ll probably find it to be well worth the time and effort of safely and properly storing your kitchenware during the remodel.

Unless you’re tearing down walls, there probably won’t be all that much dust or mess though, outside the kitchen, so you probably don’t have to do things like cover your furniture. If you are tearing down walls, your contractor will be able to tell you how much prep they’ll need, and will likely install temporary barriers to keep the mess from escaping, and lay down cardboard mats to protect your carpets along the walkways they’ll need to use. If you’re doing the job yourself, however, those steps are a good idea for you to model on your own!

Image courtesy of The Radio Scout

Are You a Trade Pro?

Join our trade professional program to get 25% off all purchases

Join Discount Program
Are You a Trade Pro?

Join our trade professional program to get 25% off all purchases